The fourth and final match of the day will witness two North Group teams locking horns with each other at the Edgbaston in Birmingham. Warwickshire Bears who are languishing at the bottom of the North Group points table would be eyeing for their first win of the season.

Nottinghamshire, on the other hand, are standing at the second spot on the points table with 2 wins from 2 games and a hat-trick of wins is what they would be eyeing for here. They won their opening game against Lancashire by 11 runs at their home in Trent Bridge and then went on to defeat the Derbyshire Falcons by 6 wickets at the County Ground in Derby.

Warwickshire Bears were unlucky to be involved in a tied game against Yorkshire Vikings when both teams managed 270 runs on the board, but their performance in the next game against Northamptonshire Steelbacks was completely unsatisfactory as the margin of defeat in that game was a havoc one. They need to come back stronger and with Kent being their next opponents, they could fancy their chances of winning this encounter. 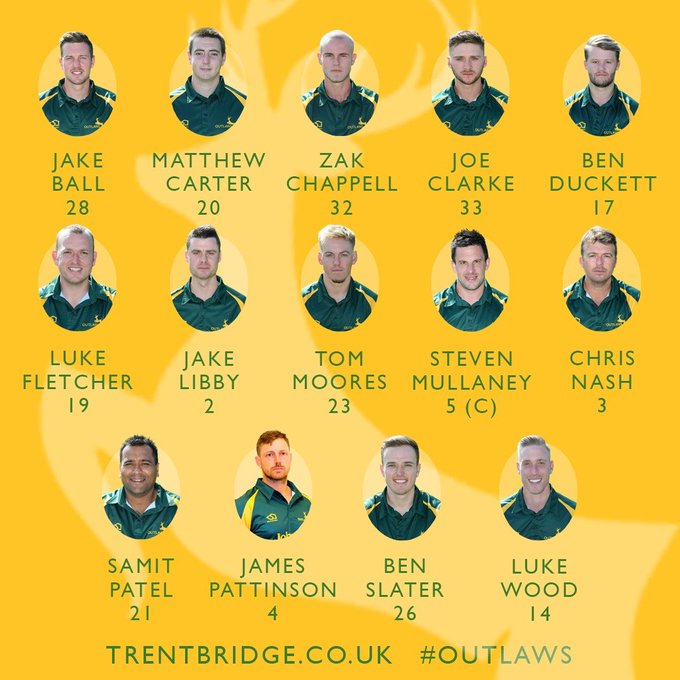 NOT vs WAS Dream11 Team Prediction

Our captain and vice-captain picks: